The Key to Making Better Ice 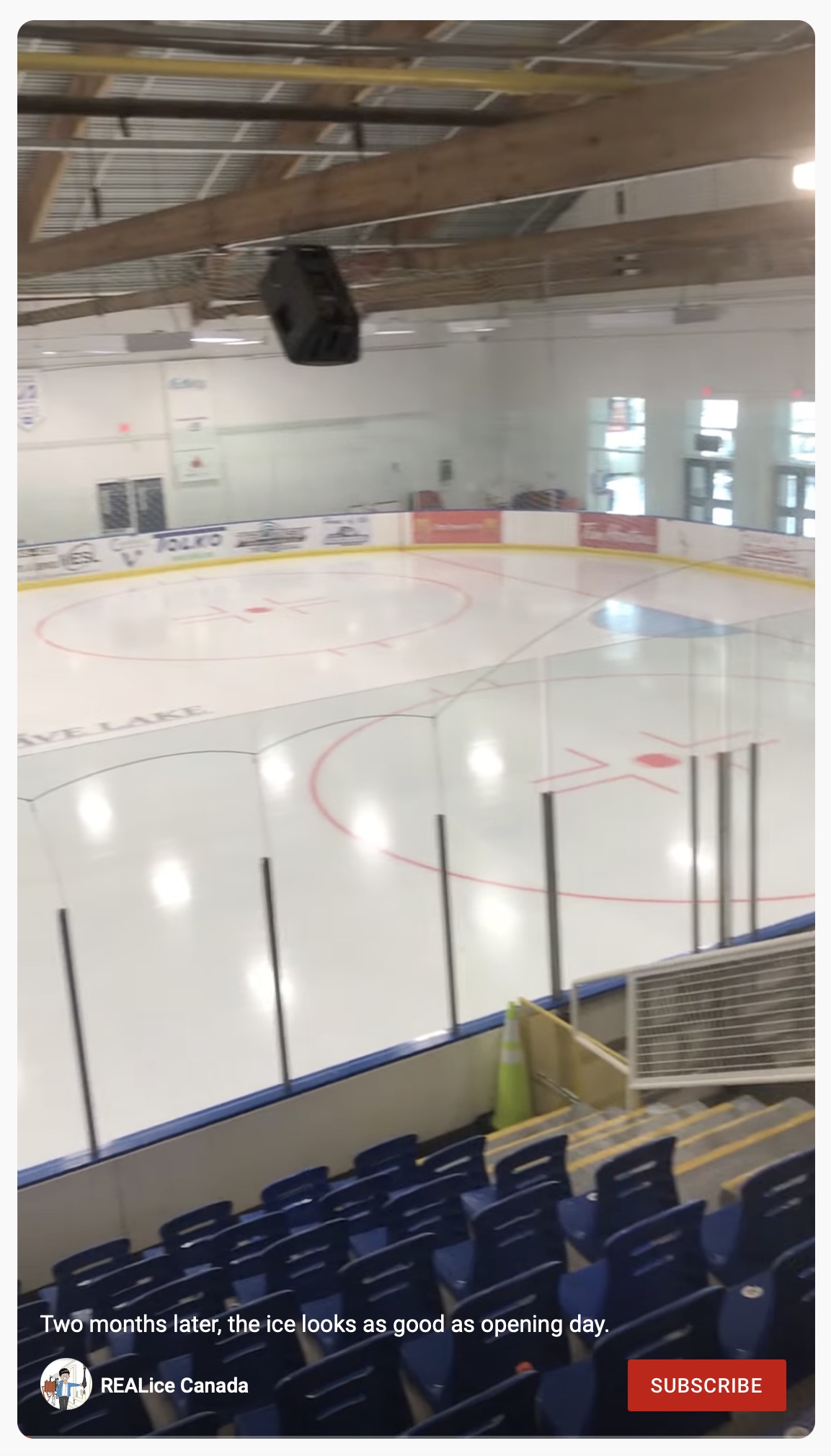 Posted at 19:03h in Success Stories by admin admin

What if you could produce better ice all season long using cold floodwater instead of hot?

Impossible? No. That’s what you can do with REALice. The REALice floodwater system is the tool you need for clear, durable, slippery ice all season long.

The system includes a wall unit and handheld nozzle with two adapters for buildup and on-ice repairs. These are 3D-printed and designed to treat water using static pressure of at least 45 PSI. Using pressure, not temperature, substantially reduces the arena’s energy spend due to water heating, lower run time hours on the compressors, and less humidity in the building. The floodwater is still water, its temperature is much colder than the hot floodwater you used to use, but it’s been pressure-treated to act like it’s been heated. It’s the key to making better ice, at a much lower cost than hot water floods.

Using pressure instead of temperature results in water that freezes faster and results in more homogenous ice. That’s why the ice temperatures will need to be raised – usually 3-5°F higher than they were with hot water floods. That’s not a recommendation but a result of what the ice is telling you it needs.  Ice that’s too cold is brittle and creates a lot of snow — and scars and gouges. Raising the ice’s temperature results in fast, resilient ice that’s harder to scar and creates a lot less snow.

Aside from the energy savings, the hard, fast, clear ice is just some of what you’ll get with REALice. The video below is from the Multi-Recreation Centre in Slave Lake, AB — two months after the ice was installed. That ice hasn’t been sitting idle, either. Their schedule is full of hockey camps, minor hockey, figure skating, beer leagues as well as a Junior “A” team that puts the ice through the paces. The brine settings began at 17°F and are now at 23°F and their ice, at 1 1/4″ looks as good today as it did two months ago when they first put it in. Should out to Lead Hand Wayne Bacon for sharing the video. 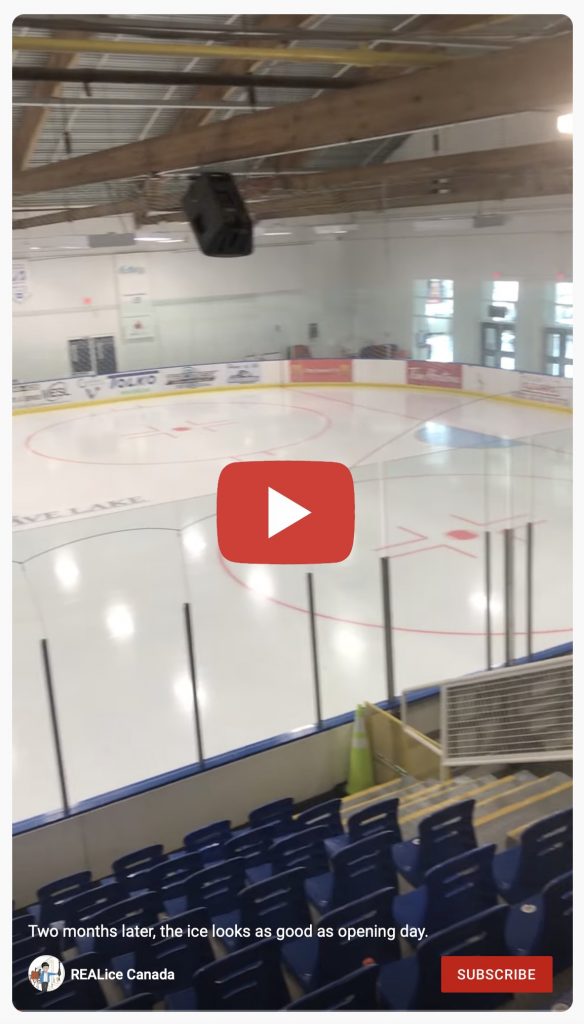 The Brilliance of Vortex Process Technology

At the core of the REALice is the patented vortex process technology that achieves the same things using water pressure that are usually done with more expensive processes, like heat and chemicals. By using colder floodwater through the REALice, many of our customers have not only lowered their energy consumption but eliminated or isolated water heaters, water softeners, and storage tanks.

Would you like to know more? Send us an email and we’ll tell you what we need to put a customized Rink Savings Proforma together for your facility, including avoided energy spent.