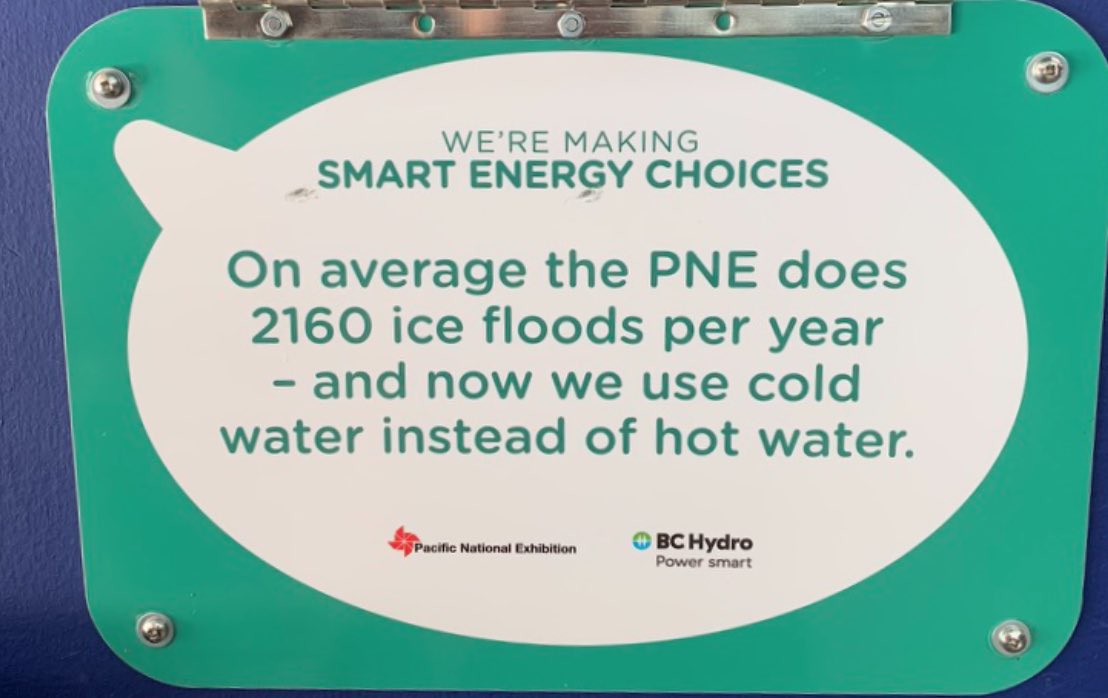 Posted at 04:05h in Success Stories by admin admin

Since 2014, the 3,000-seat Agrodome at the Pacific National Exhibition in Vancouver, BC has been using the REALice water conditioning system to build and maintain its ice. Spring and summer bring a variety of special events to the venue, but when winter comes, the dry floor is transformed into a community ice rink. From the end of September to mid-March, the Olympic-sized rink sees an average of 10 floods a day – 2,160 per season.

“We changed the way we make ice,” says Rob Crema, Technical Director of the PNE. Instead of using hot water floods, which is how they were maintaining their ice, they switched to REALice-treated tap-temperature floodwater. That resulted in an 80% reduction in their yearly natural gas spend — which prompted incentives from FortisBC when they installed the maintenance-free system.

The natural gas savings, however, is just the start of the savings that REALice delivers. Because cold water is now being used for flooding, there’s less heat to remove from the floodwater to get it to freeze. That means a lower load on the ice plant. And because the treated water freezes so quickly, the ice needs to be kept warmer to keep it from freezing too quickly. That’s where the big hydro savings are. 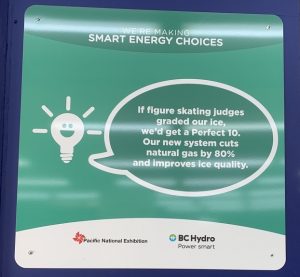 The Agrodome was one of 10 rinks that participated in a FortisBC study to determine the savings that REALice would bring. In addition to lowering the floodwater temperature from 112°F down to 46°F — without compromising the ice quality — the community user groups found they now had a continuous supply of hot shower water — something that was lacking before.

What’s also important to point out is initially, the PNE’s operators were “mixed” in their reaction to this new ice maintenance system. That quickly changed once they found the higher temperature (sweet spot) the ice needed to be run at. They saw that REALice makes a clearer, more durable ice surface. And the 25% less run time on the compressors was a sound they soon got used to not hearing!

“If figure skating judges graded our ice, we’d get a Perfect 10.”
— Power Smart display at the Agrodome

In addition, lower energy spending means fewer carbon emissions. REALice has reduced the PNE’s greenhouse gas emissions by over 100 tonnes since the system was installed.

BCHydro’s Power Smart display at the Agrodome celebrates the lower costs, lower energy spend, lower emissions – without compromising ice quality. It’s one of the dozens of companies it has promoted that are lowering costs and lowering carbon. Take a look: