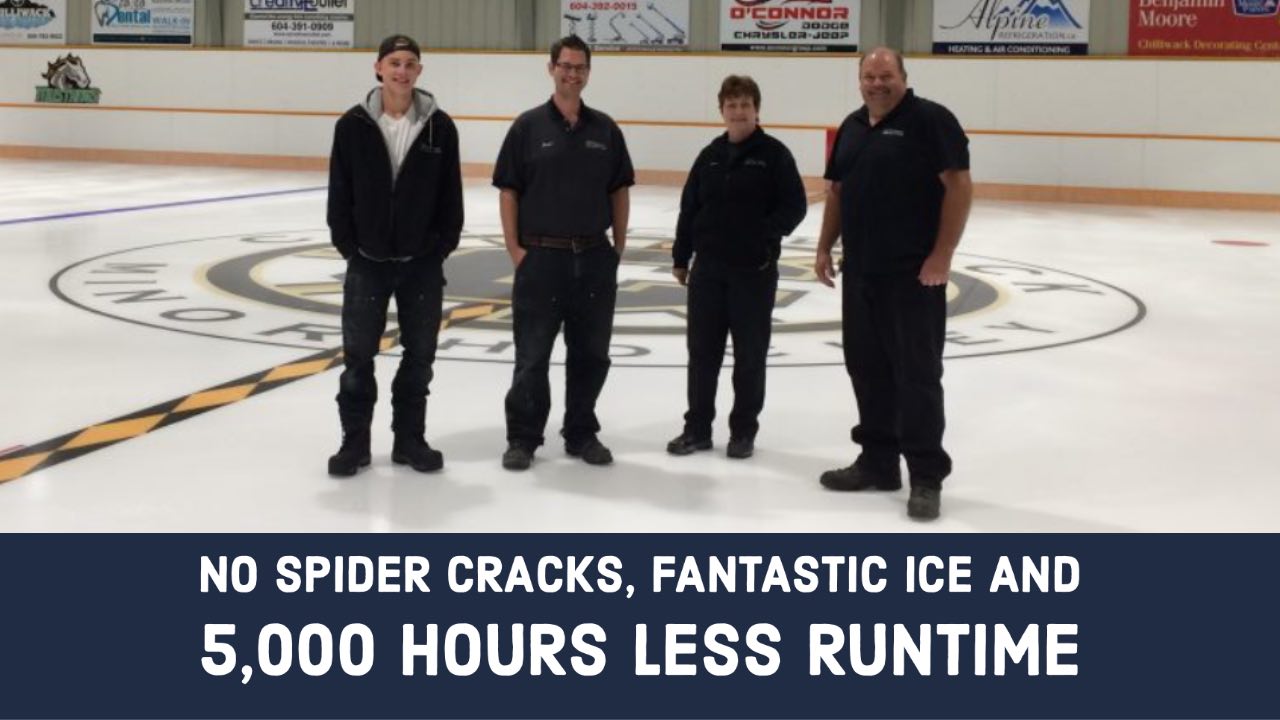 Watch Michael Knight, Supervisor of Arenas for the Sardis Sports Complex in Chilliwack, BC sharing his experience with REALice. This interview is from the Mayors’ Megawatt Challenge webinar called “Treated cold floodwater: debunking the myths”.

The Twin Rinks in Chilliwack, expanded in 2019 to become the Sardis Sports Complex with a triple pad.

Back in 2016, the first REALice system was installed at the Twin Rink with one of the two pads being on a sand floor.

Mike and his crew turned down the resurfacing water temperature to 70°F and increased his brine temperature by 3°F and got fantastic ice.

But that’s not all, Mike shares, how he stopped having spider cracks on his sand floor and how the brine reset thanks to the REALice system saves around 5,000 hours of run time on his compressors each year.

So, when the time came and the third arena was finished it was a no-brainer for them to get a second system.

On top, they were able to tap into FortisBC’s incentive offer paying $20,000 for their second system.