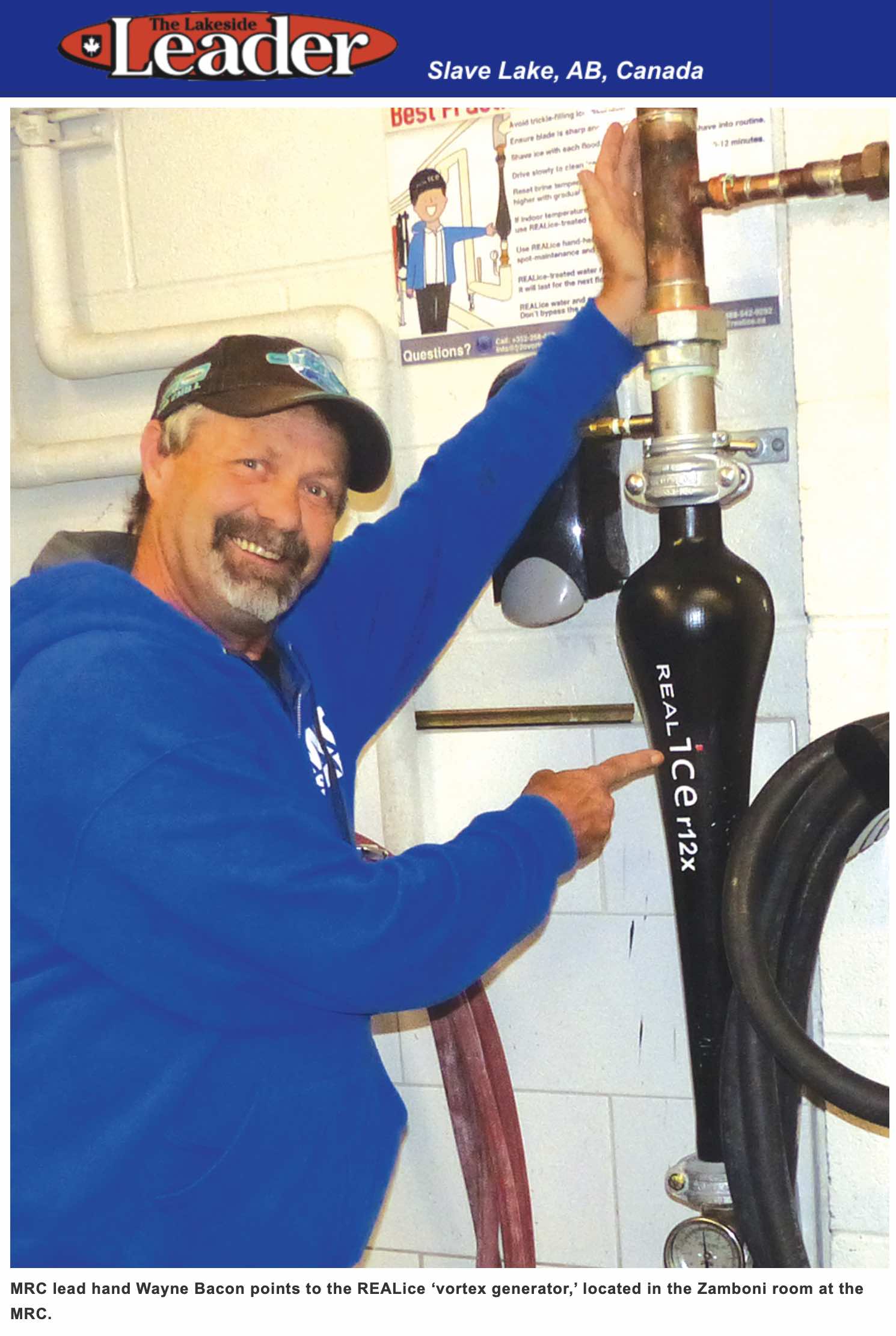 The Lakeside Leader just published this story about REALice by Joe McWilliams:

A new system of ice-making in Slave Lake’s Multi Rec Centre (MRC) looks as if it will deliver the lower costs that it promised. But if what we’re hearing is accurate, it’s much more than that.

“People are saying it’s the best ice they’ve ever skated on,” says Wayne Bacon, who returned recently to ice-making for the town as the lead hand at the MRC.

The Town Council got some eyebrow-raising news about the REALice system at its Aug. 8 meeting. With REALice now in use for a few weeks, the ice plant is running just 30 hours a week. That’s less than half the time it would run under the old system.