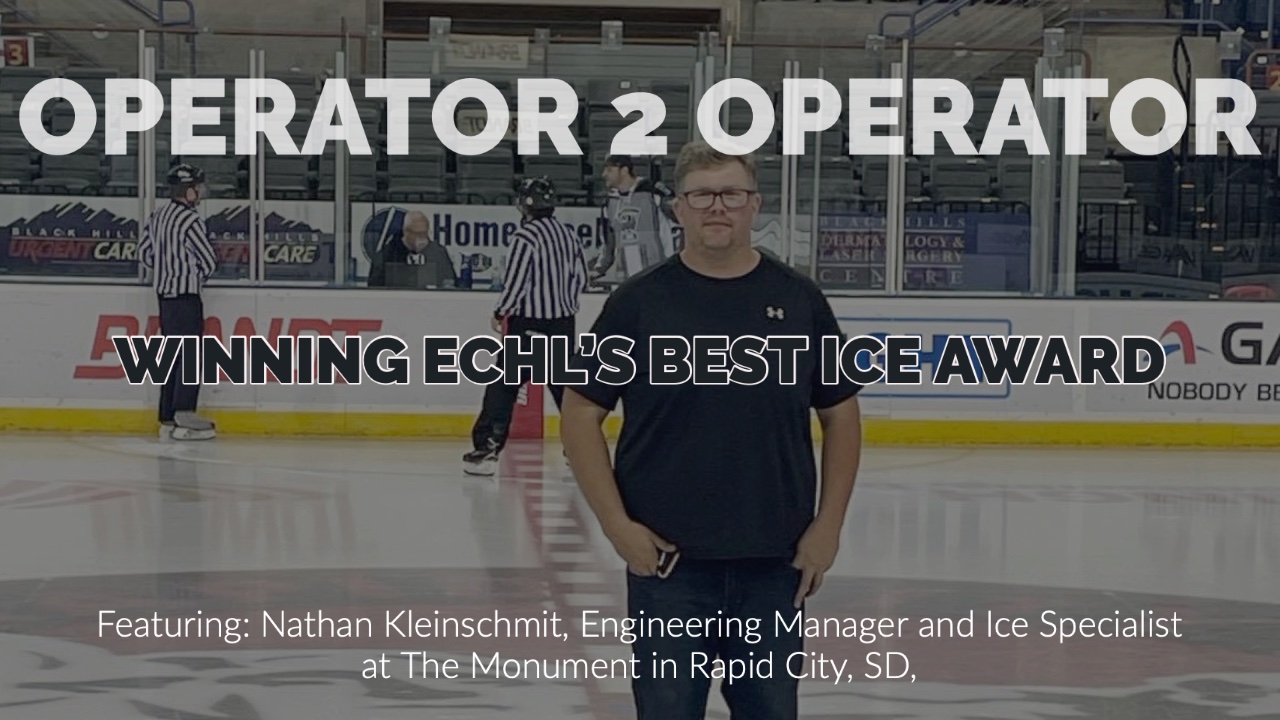 Nathan Kleinschmit, Engineering Manager and Ice Specialist at The Monument in Rapid City, SD, says ice quality wasn’t ever an issue at their arena. After all, Rapid City has a pretty dry environment, and the hockey season is normally over before the hot weather begins.

That wasn’t so this year. With the facility’s East Coast Hockey League team set to play an entire season in a condensed time frame extending into June – with back-to-back-to-back games each time the Rapid City Rush was playing at home – Kleinschmit was looking for a helping hand for his ice and refrigeration plant, which he found with REALice.

“It was ice quality, but what drove the purchase, even more, was the energy savings we were potentially going to see out of it,” he explains. “We actually did a little better than what was predicted — we were down close to 20% on our (run-time) hour usage!”

And less on-ice maintenance, too

Kleinschmit says the REALice system also contributed to lower arena ice maintenance with event-to-hockey conversions as well as maintenance needed to maintain quality ice in the ice rink when the professional hockey players cut up the ice three nights in a row.

“Our ice was good in the past, it was never bad at all, but it wasn’t the best ice,” Kleinschmit explains.  “I think a lot of our change of events (to hockey) in the past had something to do with that. And this year using the REALice system and not having to do so much maintenance after basketball tournaments and cleaning up the ice was huge for us.

Also huge was the less amount of hours we had to put into the ice dealing with 3 games in 3 days. We just didn’t have the wear and tear on the ice like we had before. The ice quality was just there.”

Watch as Nathan Kleinschmit from The Monument in Rapid City, SD shares his insights about REALice — and winning the ECHL’s Best Ice Award.