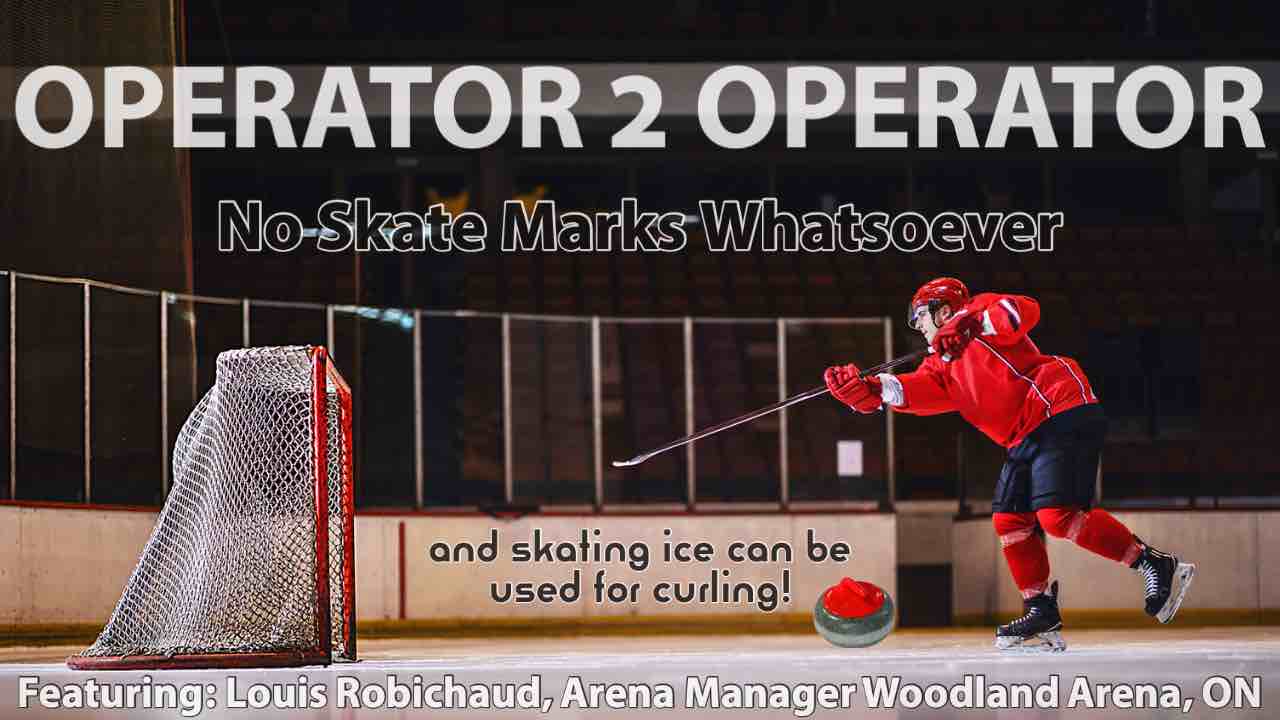 Posted at 19:19h in News, Operator to Operator, Success Stories by admin admin

In many smaller communities, curlers have no dedicated ice of their own and share arena ice with skaters. Many will tell you that’s not ideal – with the number of bumps and scars they usually see, getting the rocks to curl properly is hit and miss. But Louis Robichaud, Manager of the Woodland Arena in Vermillion Bay, ON sent us a video on getting his REALice ice ready for a bonspiel, and he is impressed with the condition of the ice for the curlers.

“The ice is shiny and smooth, with no skate marks whatsoever,” he explains, pointing to the recently flooded ice. After a dry shave was done, there were skate marks still visible, but after a light flood, those disappeared.

“There are marks on the ice (with a dry shave),” he explains, “but there aren’t any grooves.” Louis has already raised the brine temperature by 4°F. The ice temperature is now at 26°F (-3.3°C).

REALice uses pressure to de-aerate the floodwater, delivering denser water that freezes faster. Because it freezes so quickly, the brine settings need to be raised significantly warmer than what they would be with traditional hot water floods.

Although the REALice system has only been in place for just over a month, Louis is happy with the results.

“I’ve got nothing but praises to say about it,” says Louis. “It’s an excellent system and we are hoping to see the benefits of it for years to come!”

Join Louis on a quick tour of the ice.

After he sent the video, Louis sent a note.

“The curlers loved the ice. They said it was ‘fast ice’!”