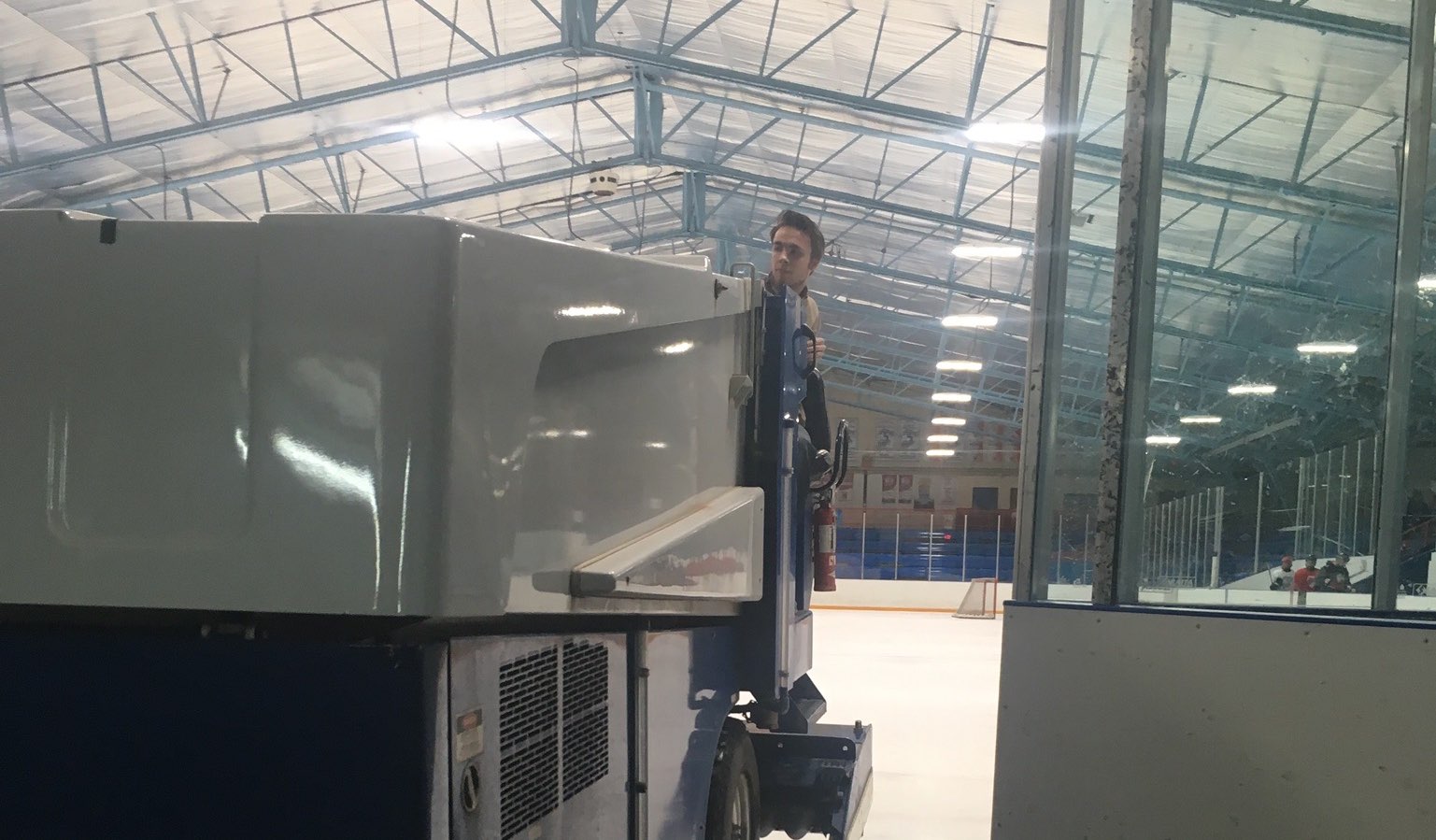 VANCOUVER – The George Bell Arena in Toronto, Ontario is now using REALice-treated water sourced straight from the cold water tap to resurface their ice. The 55-year old single pad arena, which is owned by the City of Toronto but operated by a non-profit board, installed their REALice water treatment system on December 10th and transitioned to cold water resurfacings since then. By using REALice-treated cold water to resurface their ice, the arena is expected to save over 15,000m3 of natural gas and over 110,000 kWh in electricity — annually — by no longer using extremely hot water. Their cold water tap water temperature is 5.7°C – a drastic change from the 57°C (135°F) their boiler was previously heating the resurfacing water to before their REALice system was installed.

REALice is a water treatment system that removes the micro air bubbles that are inherent in water by mimicking what happens when water is heated to extremely high temperatures, which is how ice makers create a smooth, hard skating surface. The natural gas savings George Bell will see will be directly attributable to not having to heat up as much water anymore, although some natural gas will still be needed for showers and other facility needs. Less obvious, but with a tremendous impact on the facility’s annual energy spend will be the electricity savings they will see. Those savings will come from a higher set-point temperature by using cold water, resulting in a lower compressor load.

As to the set point, Larry Woodley, George Bell’s facility manager says it’s running a two degrees warmer than it used to. The surface temperature is now at -2°C, up from -4°C which is what it was at before the REALice system was installed.

“We’re expecting a great savings in our electricity just by being able to increase our set point,” Woodley says.

Before REALice was installed, the facility’s compressors were running every 30-45 minutes. Now, they’re kicking in every four hours or more.

“We must be doing something right!” chuckles Woodley. “Our compressors are barely running now.”

The George Bell Arena took advantage of a time-limited incentive that covers 50% of the capital costs of the REALice system from its natural gas provider, Enbridge Gas. Additional incentives have also been applied for through the arena’s electric utility, Toronto Hydro, as part of a SaveONEnergy custom application. Toronto Hydro installed sub-meters throughout the arena as part of an M&V to measure and verify the hydro savings and are currently monitoring the results.

“We installed REALice because we have a mandate to break even. With rising energy costs, sustainability is high on our priority list. By taking hot water out of the ice resurfacing equation, and making good ice at the same time, we’re impacting our operations budget without impacting the operation,” Woodley says.

As well, Woodley says their ice is clearer.

“The blue line was getting blue-er,” says Woodley. “We started to be worried that we were cutting too much ice so we measured it. The ice was right where it was supposed to be. It’s the REALice making it clearer. I’m impressed.”

Florian Gabriel, Managing Director of SWiCH Services Inc., the Canadian Technology Transfer Partner for REALice, says he, too, is impressed with the results so far.

“We’re very proud of Larry Woodley and his team at George Bell,” says Gabriel. “Although we’re used to seeing these kinds of success stories with our REALice installations, all of them impress me with their results and observations. These are ice makers who want to save money and they’re making a difference to their arena’s carbon footprint at the same time. REALice is helping them reach their goals, and helping make Toronto a better place to live at the same time.”

“With REALice being installed at the George Bell Arena, it will easy for neighbouring arenas in the greater Toronto area to stop in and see for themselves how it works — and to check out the quality of the ice. They will all be impressed. I’m certain of it.”

Enbridge Gas, Toronto Hydro and other utilities in Ontario participate in programs offering incentives towards the purchase of a REALice System; in other provinces, incentive money may be also available. Contact your local utility supplier to find out more or contact REALice at info@realice.ca.