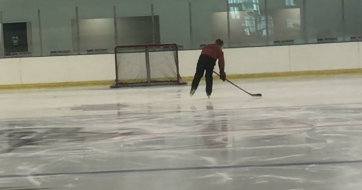 Posted at 18:43h in Success Stories by admin admin

(Ice that isn’t slushy and soft. Or produces a lot of snow.)

It may be August, but they’ve got November ice in Slave Lake, AB. And it’s not just the old-timers who say it’s that way or the drop-in hockey players. Not even the fire department’s beer league team (although those guys are saying so, too, they may be biased because they helped put the white paint in).

It’s Andy Meth who’s saying so. He’s one of the newest additions to the town two and a half hours north of Edmonton. He’s been on the ice his whole life, either as a player or a coach, and he’s embarking on a whole new chapter, in Slave Lake. He says it’s “fantastic”! Take a look:

Meth is the new Head Coach and General Manager of the Slave Lake Icedogs, a Junior “A” team playing in the Greater Metro Junior A Hockey League. Next week, he’ll be joined by four-time Stanley Cup winner and Icedogs advisor Kevin McClelland (Edmonton Oilers), professional hockey trainer and goalie Jamond Cardinal, as well as Icedog players, at the Peak Performance Hockey School. Meth dropped in to the Multi Recreation Centre for some ice time earlier this week. That’s when he discovered why the MRC’s ice has been the talk of the town – ever since Lead Hand Wayne Bacon got it ready for summer ice on July 18th.