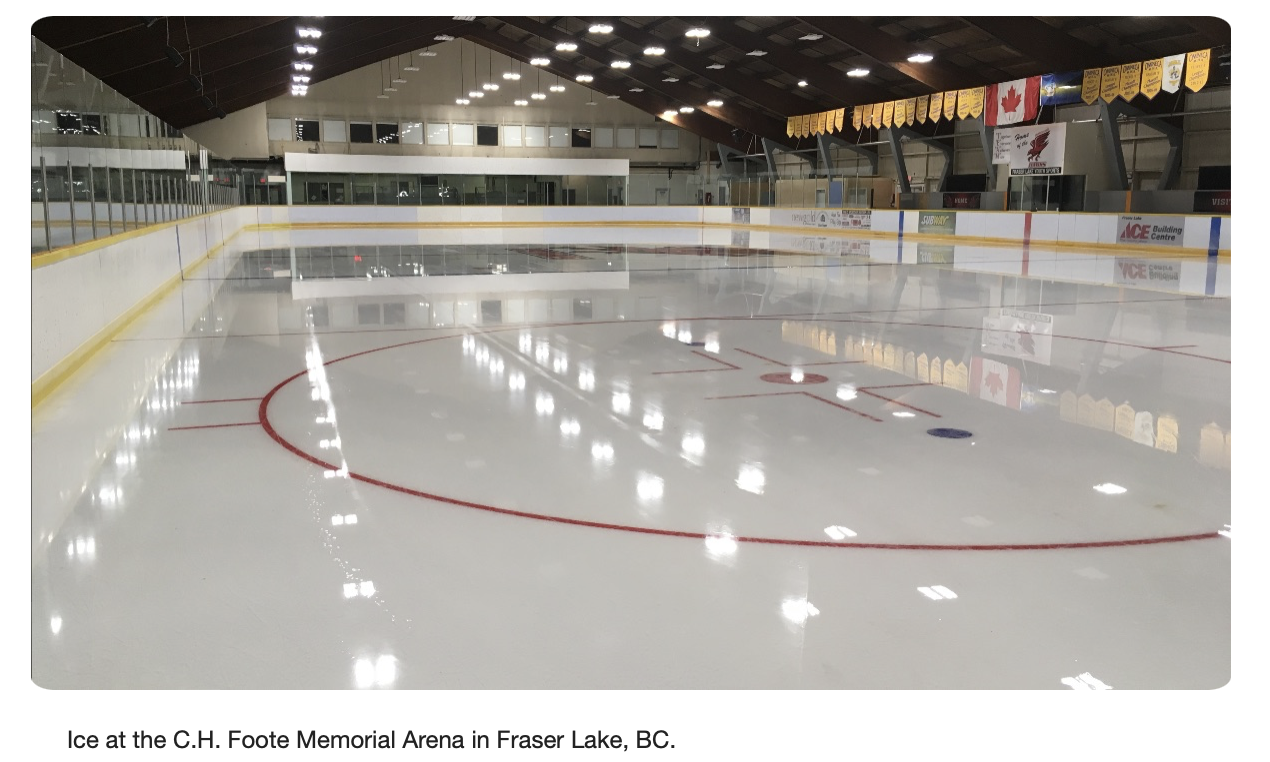 Posted at 18:41h in Success Stories by admin admin

You’d be forgiven if you thought the ice in this picture is wet. It’s not.

Or you might think it’s brand new ice, then. Brand new ice always looks good, and this ice doesn’t look like there are any skate marks in it at all.

You’d be wrong there too.

“That picture was taken two months into the season,” Cruz explains. “We have amazing clarity and incredible shine. Out-of-town teams always comment on our ice because it’s like a mirror.”

You might also be surprised that they’re running their cold floor 6°F higher than what they used to run their brine at back in the old days when they did hot water floods. Back then it was a pretty typical 19°F flooding with 160°F water. Today their floodwater is between 62-67°F.

How can they do that? Run the ice so much warmer, and make it look so good.

Cruz says it’s all because of the REALice floodwater treatment system. The forestry town on the Yellowhead Highway has been using REALice-treated floodwater since 2017. He says if they were still doing hot floods, they wouldn’t be able to sustain the temperatures they do.

“If we were hot flooding and running our ice surface at 26°F or more, it (the ice) would melt. But not with the REALice. It’s insane!”

Cruz says REALice has made a big difference to their facility. That difference spans the gamut of operations, from lower run-time hours and lower humidity to lower costs. And better ice.

“The REALice changed a lot of stuff for us,” Zion explains. “Like run time. Our run time is down about 30% compared to before by not adding so much heat to the ice. We used to run about 120 hours on the weekend and that number fell to 60, 70, or 80 hours. Before our REALice system, in the month of November, we ran 265 hours. November with REALice we ran for only 119 hours.”

“The year before REALice, we used 386,000 kWh for the season, which goes from mid-September to the end of March,” says Cruz. “The year we put REALice in, our hydro consumption went down to 222,000 kWh.” (A reduction of just under 60%). “Aside from that, our natural gas consumption went down quite a bit too.”

Cruz says with REALice they’re now better able to deal with condensation when building the ice at the beginning of the season.

Managing the drips from the beams

“We don’t have a dehumidifier here, and we typically have condensation issues building the ice, like this past September when it was so warm,” he explains. “We’ve done a better job in sealing the building, too, but because the REALice floodwater freezes so quickly, we’re able to build fast enough to shave the rust drips on the ice before they become a problem.”

“Our ice is fast and hard and one hundred percent it’s because of that REALice system,” says Cruz. “You can flood with 180°F water, but it’s not going to be as hard as the REALice ice. The technology you’ve come up with is pretty incredible. Our user groups love it, and visiting teams are always asking about what we do to keep our ice so great.”

Getting Buy-In from Staff

Cruz says changing staff attitudes is the biggest hurdle with the REALice.

“I think the hardest thing is to get buy-in from the older rink attendants,” he explains. “It’s tough to wrap your head around raising the brine settings when you’ve got 17 or 19°F stuck in your head from doing it that way for years. That temperature may be perfect for hot water floods, but for REALice, it’s way too cold. Get them on board and you’ll have great ice.”

In many provinces including British Columbia, utility incentives may be available to lower your ROI. If you’d like to know how you can put REALice into your arena, contact us. 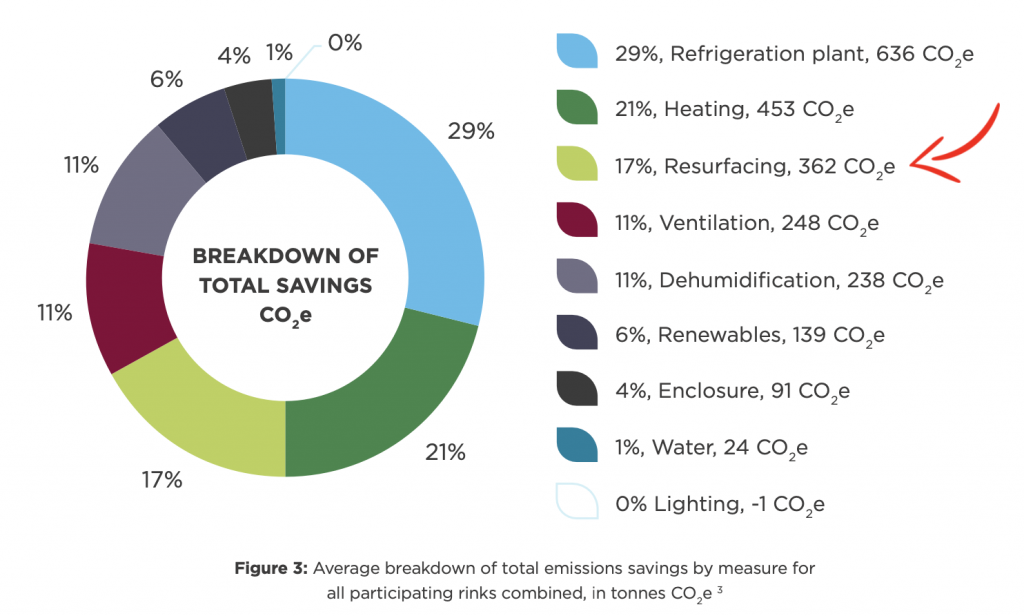 The FCM’s Green Municipal Fund has developed an actionable guidebook called “Taking your indoor ice rink to net zero”. In it, resurfacing accounts for 17% of an arena’s CO2 emissions. A big portion of that can be eliminated with the REALice floodwater treatment system! It will also help you reach your municipal carbon reduction goals.

This Guidebook was developed through a pilot project on 9 indoor ice rinks. It shows solutions and approaches to take for any ice rink to get to net zero.

We are proud to be part of the solution!