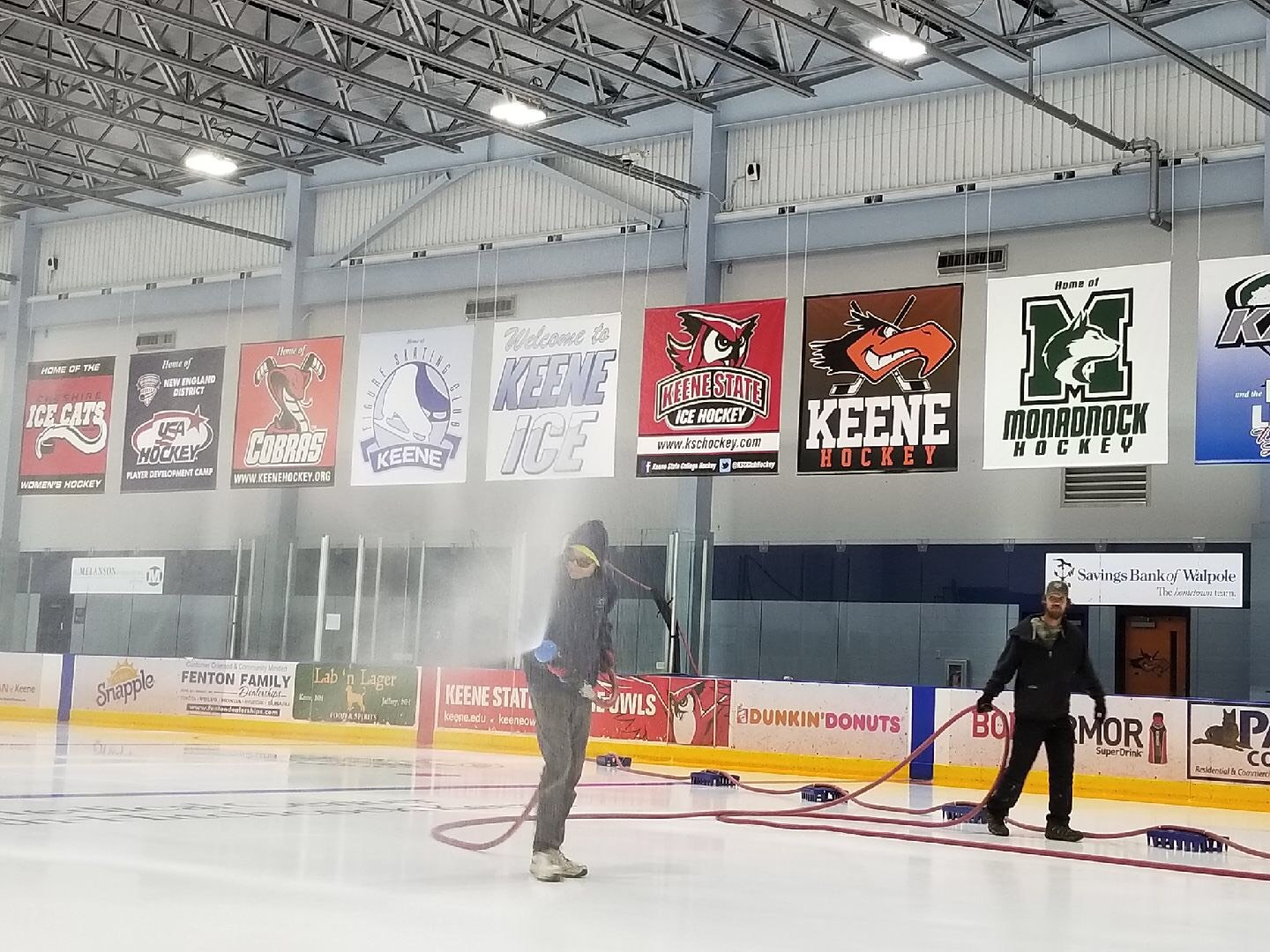 Posted at 15:33h in News by Florian Gabriel

People often ask us, how it is possible to build new ice from scratch using only the REALice handheld device? And, wouldn’t it take a very long time to build enough ice in the rink for the ice resurfacer to run on it?

In the picture above you see the R1x REALice handheld device being used by one of the members of Keene Ice’s operations team to build their new ice.

The REALice R1x handheld creates the same tornado motion that our wall unit does to treat the water for the ice resurfacer, removing the micro air bubbles as it spins the water. The above picture shows what it looks like when the misting adaptor is used. Because of the mist — and because the REALice-treated water is so clear, it may not seem like a lot of water is being put down, but a drill test will show you otherwise!

So, yes, it is possible to build ice from scratch and it won’t take any longer than let’s say with a flooding hose. With the R1x handheld device layer by layer is put down, almost like laminating sheet by sheet and building up the ice bit by bit.

A quick note on Keene Ice:

It is a 2-and-a-half-year old single pad ice arena, which is a public/private venture. At the end of April, 2018 — for the first time in Keene Ice’s short history, the ice was taken out and used for non-ice activities. As the operations crew built their ice up from scratch in June, they recorded a time lapse of the ice installation. When the ice was ready, they shared the video on their social media channels. In doing that, they also thanked REALice for the part we played in helping them build “incredibly clear ice”!

Here’s their Tweet — which we couldn’t help but retweet… and time-lapse video:

Ice is in! Incredibly clear ice. Rink Services Group and Real Ice got it done for us. Visit us soon and check out a very cool video of our process here:https://t.co/3ATJ5WfufP @REALiceUSA @Keene_Sentinel @GreaterKeeneNH @KeeneStateOwls @KSCClubHockey @KeeneHighHockey — Keene ICE (@KeeneICE) June 22, 2018