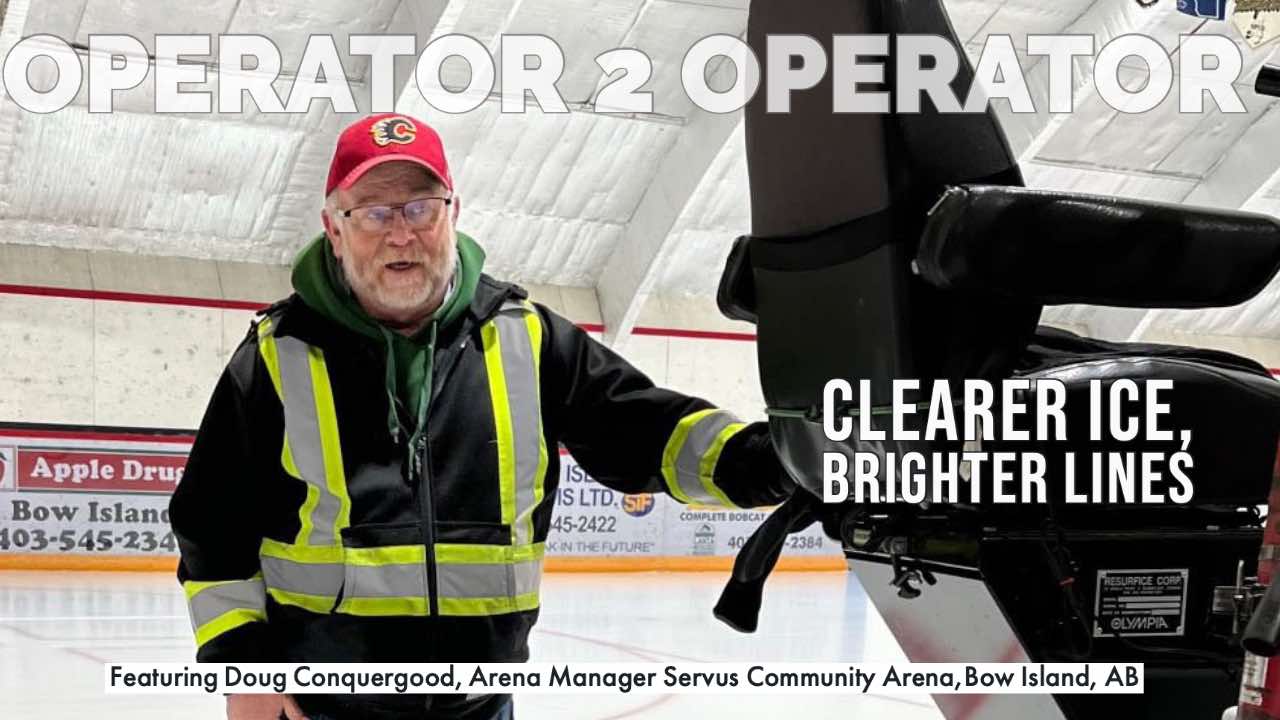 Posted at 15:49h in 020, Operator to Operator, Success Stories by admin admin

My first stop a few weeks ago was the Servus Community Arena in Bow Island, Alberta. Doug Conquergood the arena manager there had kindly agreed to give a tour to a few future and prospective REALice customers.

As we were going from the main gallery down towards the Olympia room, with the ice on our right, I said, “Just look at that ice.”

Doug stopped and turned to the group and told us a story.

“When Colleen first approached our community about putting in REALice, I said, “Whatever for? I’ve been doing the ice here for 33 years, and I don’t need to try something new. I was wrong.”

Doug’s ice is kept at an inch and a quarter (3 cm) — and he and his operations team of one take good care of their ice, and their ice resurfacing machine – keeping the blade sharp and the towel clean.

As you can see from the photos, the ice is showing off the lines beautifully, and I can tell you that the ice is slippery. Doug says that after a dry shave, you have to be really careful: the ice is so slippery that cleats don’t help much.

Alberta was in a cold snap for three weeks (until a week ago) with temperatures into the -30°C’s and Doug says his ice plant didn’t come on, which made him a bit anxious and so he forced it on by lowering the brine temp.

They hosted an adult hockey tournament during this time and the players loved the ice. Doug says that one of the facilities from a neighboring City was closed (due to COVID, I believe) and the Town of Bow Island is getting a lot more business because of that. Like Sledge Hockey – and Doug says the ice holds up really well even though their blades are much sharper than the blades on skates – and the pick marks are easy to remove with a flood.

Now that the temperatures are warmer (0°C/32°F and warmer), he’s going to raise his brine again. His floodwater is at 13°C (56°F) and he uses paddle valves to bring a bit of warmth into the cold water flowing through the REALice wall unit.

Doug’s other big recommendation is LiveBarn, which was recently installed at the arena — for free. LiveBarn lets people watch games on a subscription basis and it cost nothing for the arena to install. 20% of all sales come back to the arena. Doug is pretty impressed by how good the ice looks on TV!